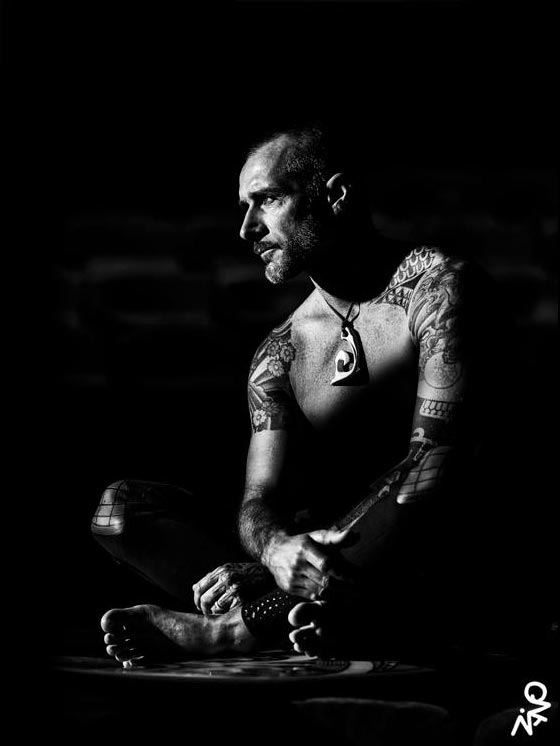 Ivan obtained his art diploma in 1989.
His interest in design inspired his appreciation for the art of tattooing, and in 1993 he started as an apprentice tattoo artist.

He attained professional status in 1996 and opened his own studio in the north of Milan, one of the first in this area.
His own preferred style, and one that has grown in popularity over time, is the tribal designs of the Pacific islands.
Graphic symbols formed from a synthesis of bold, black strokes, encapsulating concepts from an ancient culture. Stylised, assertive textures of natural subjects are the highest expression of Ivan’s art.